Tadeusz Kantor (1915–1990) is among the major authors in European theatre avant-garde. In his productions he developed a specific theatre language which he reflected in numerous manifestos and texts about theatre that accompany his stage productions. Drawing from the extensive works in fi arts and numerous performances, Kantor viewed theatre as the space to stage memories through actors and puppets. In his world of theatre, actors gave life to lifeless marionettes and those then alternated, deformed or improved the might of the actors’ bodies. It was this principle in particular that Kantor used and developed in all productions. That became the characteristic feature of his style. The common existence of the live and dead, memories and reality, past and present characterised the unique stage pieces. In those he generated dramatic tension through incessant dialogue between the ongoing action in theatre and memory, particularly his own. The director and actor was always present at the performances, conducting and entering them, at times moving the audience to the position of voyeur, as if they were designed only for Kantor. At other times the audience witnessed directorial interference in the ongoing work, finishing or improving the artefact directly during the performance, and its joint completion by the audience. Kantor’s revolutionary theatre methods had a major influence also on the American avant-garde theatre, especially during the guest performances of the Dead Class (1975) and Wielopole, Wielopole (1980) in New York. In the first piece, Kantor developed fragments from a school class the pupils of which disappeared in the Second World War. The second one involves the same about memories of native town and family album. The personal and local here becomes universal, the fragments or images from the lives of nameless characters, unknown people who often didn’t cross the borders of their town, can give a fundamental testimony of the human affairs in the second half of the 20th century. One hundred years since the birth of Tadeusz Kantor and thirty- six years since the performance of the legendary Dead Class in the La Mama theatre in New York, the director Wiktor Rubin, dramaturge Jolanta Janiczak, documentarist Magda Mosiewicz, and theorist and dramaturge Joanna Krakowska document the current state of American and European counter-culture. In the stage installation drawing from the stage design by Kantor’s famed Dead Class, we follow conversations with authors such as Lee Breuer, Linda Chapman, Ozzie Rodriguez, Lola Pashalinski, George Ferencz, Jill Godmilow or Penny Arcade. The testimonies of the American artists are confronted with quotations from Kantor’s manifestoes. The monologue of a young actress reflects the situation of theatre artists at the dawn of their career. The confrontation of testimonies points out the different perception of art in European and American culture – the Kantor pathos is mixed with plebeian subversion of the New York scene, the historicity and ahistoricity, the traumas of the Second World War face the traumas of the socially excluded and subcultures of industrial metropolis. Different approaches to art, views about involvement or exclusiveness of an artist, societal vantage points all come face to face with wit and respect. The production documents and gives currency to different phases in the development of Western avant-garde theatre by means that no other study or fi document can achieve, pointing out the different societal and political background of the American and East European arts, emerging during the Cold War and generating different artistic output. At the same time, this bittersweet probe into the lives and dreams of star artists from the edge of American culture of the 1970s and 1980s off s a few answers to why counter-culture, as we knew it, is no longer possible in the present globalised world.
Ján Šimko

“Kantor Downtown only partially talks about the reception of Kantor in New York. Also, the topic of the actor’s state does not use up the subject of this wise and well-produced performance. Thanks to the scintillating dialogues of characters displayed on monitors, we learn about the twilight of the theatrical avant-garde on Broadway, which finally gave way to business some years ago. It is difficult to judge whether it is a true, diagnosis, or it is just an old people’s yearning for the most beautiful of all the worlds – the world of youth.”
Jarosław Reszka, 16. 11. 2015, Express Bydgoski No. 267

“Their stories make a well-directed documentary, which perfectly shows the phenomenon of an artist but without exaltation or superfluous mythologizing. It is often a collage of surprising memories and experiences of people who, like Kantor, were not afraid to experiment on stage, but in the face of his works they were genuinely stunned. (…) The makers of a very good montage of interviews deserve credit for their work.”
Marta Leszczyńska, 16. 11. 2015, Gazeta Wyborcza Bydgoszcz 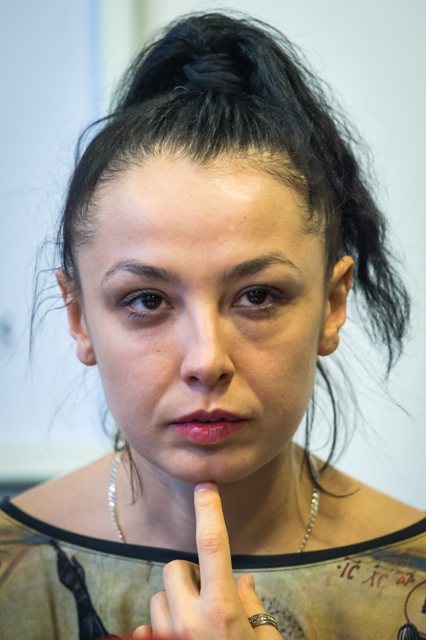 Jolanta Janiczak (1982), graduated in psychology at the Jagiellonian University in Cracow and is author of theatre plays. She worked with Wiktor Rubin on a number of productions, such as Elementary Particles by Michel Houellebecq (2008) and Doll by Boleslaw Prus (awarded at the festival Theatre Confrontations in Opole). In 2014 Janiczak received the prestigious award by the Polityka magazine. 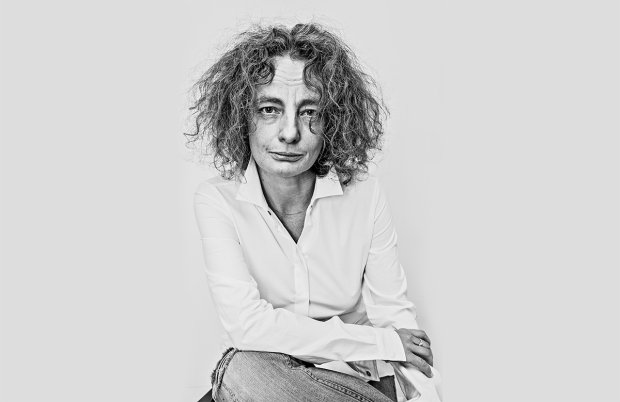 Joanna Krakowska (1964), theatre historian, essayist and editor. She works at the Institute of Arts of the Polish Academy of Sciences and in the Dialogue magazine. She co-authored books Society and Gender. Theatre and Non-Theatre Diagnoses (2009) and Society, Gender and History (2014). She is author of the monograph Mikołajska. Theatre and the Polish Peoples’ Republic (2011) nominated for a number of literary awards.

Magdalena Mosiewicz (1967) graduated from the Faculty of Philosophy of the Jagiellonian University in Cracow and the Department of Film at the Film Academy on Łódź. She worked as journalist and curator of Warsaw-based events and festivals and is author of a number of short stories, documentaries and video performances. 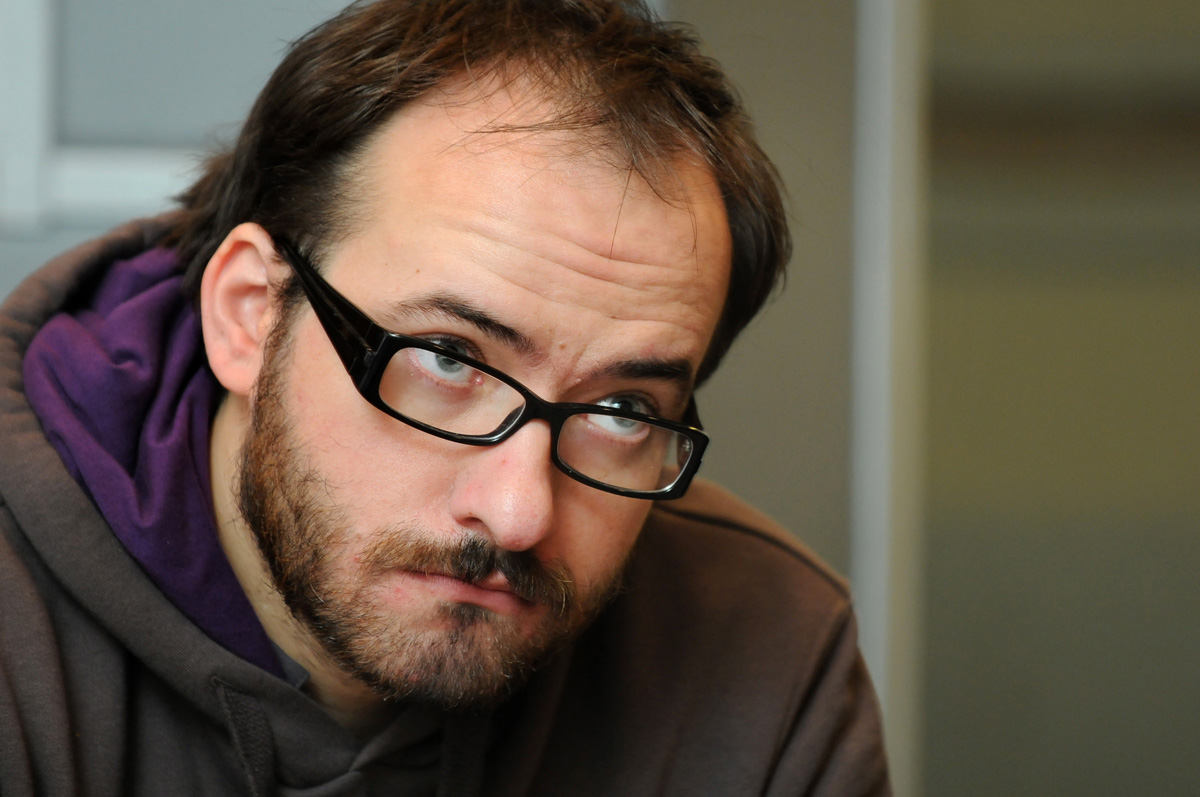 Wiktor Rubin (1978), director; graduated in sociology from the Jagiellonian University in Cracow and the Department of Drama Directing at the Cracow Theatre Academy, having also studied philosophy at the Jagiellonian University. His debut was marked in 2006 by the première of Mojo Mickybo by Owen McCafferty. Since then he made nearly 20 productions in Polish theatres. In 2014 he received the prestigious award by the Polityka magazine.

If you are interested in these materials, write to archivy@nitrafest.sk
k