In 2013 the prestigious German theatre magazine Theater heute identify the director Susanne Kennedy the Discovery of the Year as director. The German-born artist spent a decade studying a living in The Netherlands. At the Münchner Kammerspiele she received an award for two productions – They Shoot Horses, Don’t They? (2011) based on the Sydney Pollack film, and the production of the play by Marieluise Fleiße Purgatory in Ingolstadt. Her unique directorial touch captivated the critics and audiences alike. Now the opportunity to enjoy the same experience arrives at the International Theatre Festival Divadelná Nitra with Kennedy’s subsequent award-winning production Why Does Herr R. Run Amok? that received an invitation in 2015 to the major Berlin showcase of German theatre, the Theatertreffen.

The play Why Does Herr R. Run Amok? was received with lively discussion among audiences and German critics. No wonder. Kennedy’s style is indeed quite extreme at times and rarely unique today, though it is no self-serving experiment. Her grasp of theatre is a kind of a lab where she explores the possibilities how set herself free from the dictate of theatre and acting that are seen as the standard and as such is taught at art academies. Kennedy contemplates how theatre can overcome the limits of conventional acting. And that she does radically. In the Why Does Herr R. Run Amok? She follows upon her directorial style of the Purgatory in Ingolstadt by taking it further. Her most marked directorial method is presenting human voice in playback. Actors are captured in silicone masks and resemble odd, non-live, installed puppets that open mouth whilst their dialogues are recorded by amateurs with all the mistakes, imperfections that arose during the recording session. It is no accident that critics compare Kenney’s productions to installations. In her theatre the director borrows methods used in other types of art – dance or visual, exploring actor’s body and movement in a strictly allocated time (in either physical or abstract sense). She is also interested in the language and how people communicate.

The production is based on the script and eponymous film from 1970 directed by Michael Fengler and in part also by Reiner Werner Fassbinder who serves as one of Kennedy’s directorial inspirations. To highlight estrangement, superficiality and hidden aggression of everyday world of a middle class urban man who is portrayed in the film, Kennedy opted for the discrepancy between the spoken and the speaking (the use of playback), and slowed and stylized pace in acting and individual scenes. Interestingly, although the film was made in 1970, its interpretation by Kennedy is ever current, thought he critics are not united about whether to label the piece as political.

Apart from the aforementioned themes, the production addresses the theme of “actuality” and “reality” not merely in theatre, but also in life. It is the very artificiality of the production that seems, more than the conventional theatre methods, to highlight and capture the reality of life without the nameless, replaceable “man – million” who lives his own life full of banalities and unbearable monotony. Why Does Herr R. Run Amok? is a sequence of acts, a kind of Stationendrama, the plot of which develops on the background of a free sequence of scenes linked by the main characters. This is where the lead character is multiplied (played by different actors), so that it even further accentuates the universal theme of human interchangeability, estrangement and specificity at the same time – i.e. of what concerns every one of us. Kennedy doesn’t give an answer to the question raised in the title. That is also why her theatre is so praised: she observes, analyses, points out, plays with form, hints and provokes. Yet, similarly to other fine quality art, she expects the viewer to think of himself and the world in which he lives in.
Martina Vannayová

“An ideal material for a director whose strength lies in the formalized play with identity, estrangement, playback (…) A view of a man is merciless in this lab. Everything is over dimensional, each gesture, pause, look. Time is stretched, each sound is enhanced.”
Christine Dössel, Süddeutsche Zeitung, 29. 11. 2014

“Man is a perpetrator and victim at the same time. That was made possible particularly because of the maximum estrangement which is characteristic of the works by Susanne Kennedy. It is as if the viewer were able to get to know themselves from the farthest distance. (…) Is it still theatre or already a performance?”
Erik Franzen, Frankfurter Rundschau, 29. 11. 2014 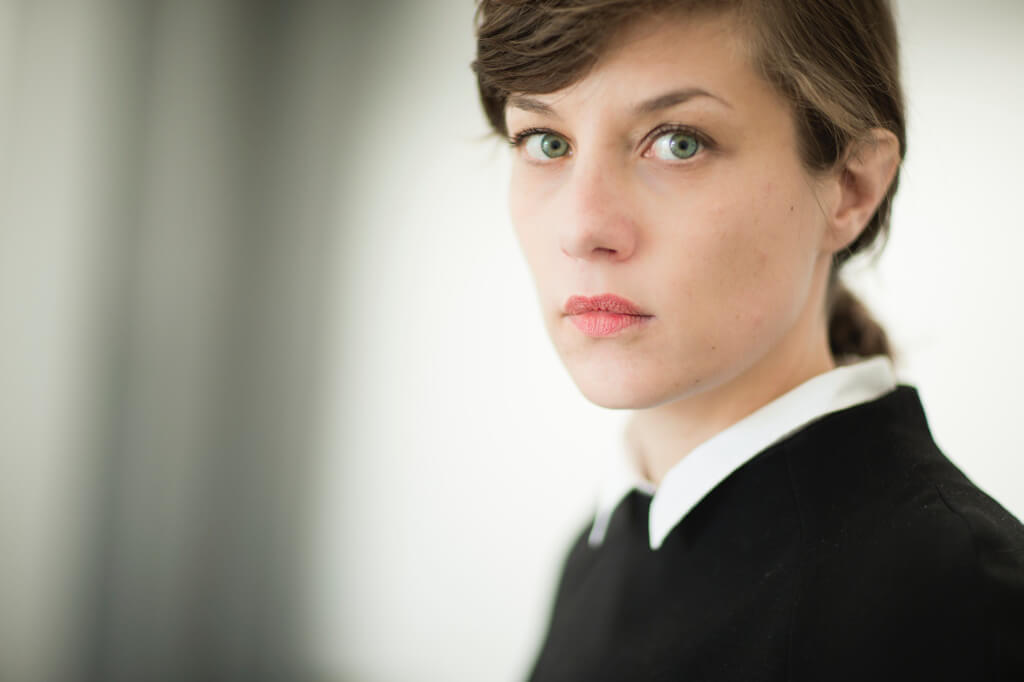 Susanne Kennedy (1977) studied directing at the University of Arts in Amsterdam. As director she explores the limits between theatre and other art forms. Her work is characterised by the use of spatial concept and installation. In the recent years she worked as director in the National Theatre in The Hague having directed plays by Henrik Ibsen, Enda Walsh, Sarah Kane, Elfriede Jelinek and others. In Münchner Kammerspiele she directed They Shoot Horses, Don’t They? (2011) and the first play by Marieluise Fleisser Purgatory in Ingolstadt (2013). It was because of the latter that the magazine Theater heute awarded Kennedy as the most promising director of the year and earned her the 3sat Theatre Award for innovation in the arts at the 2014 Berlin Theatertreffen.