The project Two in Your House originated on the basis of a real event. In 2010 the Belarusian political activist and poet Vladimir Neklyaev was beaten during the protests against the rigged presidential elections in which Lukashenko was the only candidate. Having returned from the forced exile in Poland and Finland in 2003, he became increasingly more active in public life. He was elected the president of the Belarusian PEN club. However, he resigned from this post. At the beginning of 2010 he started the civic campaign „Speak the Truth“  and became its leader. As a consequence, he was imprisoned several times. As an „inconvenient“ opposition presidential candidate, he was sentenced to home imprisonment at the beginning of 2011.

His daughter Eva Neklyaeva initiated a theatre project that should illustrate these events. As it was not possible to put the production on in Belarus, the project was realised, with the support of foreign festivals and theatre houses (including the International Festival Divadelná Nitra), in the Moscow Teatr.doc theatre, which is oriented to political and documentary drama. It was premiered in November 2011 in Helsinki at the Baltic Circle Festival.

On the basis of this event, talks with Vladimir and Olga Neklyaevs and the agents, and with the help of the documentary research done by a creative team in Minsk, the play Two in Your House came to being. Its final version was written by the Russian playwright Elena Gremina. The young Russian director Talgat Batalov undertook its staging in which he, in the first place, emphasized the personal dimension of the whole story. Thus the production is not predominantly political, it is not canvassing for „the freedom of Belarus“. Through a strong, personal human story of a married couple imprisoned in their own flat it talks about the circumstances of political power in an autocratic country, the lack of freedom, which in our countries we take almost for granted, about fear but also courage to stand up.
It is a small-scale, subtle production, full of unexpected humour and tragicomical situations. In the spirit of the Teatr.doc theatre poetics, it is a work of art that needs neither a grand production and light effects nor a star cast. On the contrary, the space itself, in which the Moscow theatre plays – a small, lower ground floor space in a Moscow bloc of flats – suggests that the drama group aims mainly at a sincere and socially topical statement, made in the so-called verbatim style – a method of text writing which artistically processes the outcome of a documentary research. Therefore, the play is rather modest, minimalistic and emphasizing the actors‘  performing. The actors are not realistically „reincarnated“  into the characters, but rather comment on them with an overview, humour and understanding. It is important to point out that the director did not aim at a black-and-white stage production – there are no evil agents and their good victims. Quite the opposite, by depicting the imprisoned married couple and also the jailers as human beings with their needs, emotions and contradictions, he has managed to present a better picture of the absurdity of this political event, which is still, unfortunately, an option in present day Europe.
Martina Vannayová

“During the process of translating Neklyaev’s story into a play, Batalov and Bondarenko visited the poet’s home in Minsk – under fake aliases, naturally. In addition to meeting the poet and his wife, Batalov and Bondarenko met other political activists and a former KGB agent. They also lived in the small apartment for two days.
´The security guards and Vladimir and his wife were forced to live in close proximity although they hailed from opposite ends of the political spectrum. Poet and humanist Vladimir tried to find a common language with the guards. His wife Olga, on the other hand, immediately declared war against them,´ describes Batalov. This is what the central theme of the play became for dramatist Gremina. ´It’s the choice: to try work with or against a terrorist.´”
Isabella Rothberg, Hufvudstadsbladet

“The play is an experiment on human behaviour, an extremely macabre real-life version of reality TV. The walls have ears, Big Brother is watching and both captives and captors are constantly under threat of actual elimination. The cruel reality of it all turns the humour black. The agents have their little tea-and-vodka revelry, but when the house arrest ends the KGB leaves no trace of its presence.”
Eva Kemppi, Turun sanomat 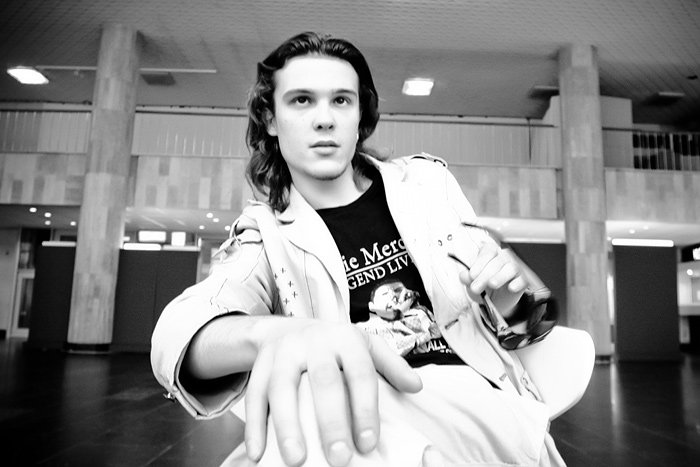 Talgat Batalov (1987) – director and actor, graduated from the Faculty of Film Directing, Theatre and Television of the Tashkent Theatrical Institute, Faculty of Cinema, Theatre and TV. He presently lives in Moscow and attends the Screenwriting Department of the Gerasimov Institute. His work at the Teatr.doc theatre is mostly connected with acting. As director (in cooperation with Mikhail Ugarov) he put on the plays Two in Your House and Nylka and a Wolf in the Kindergarden. 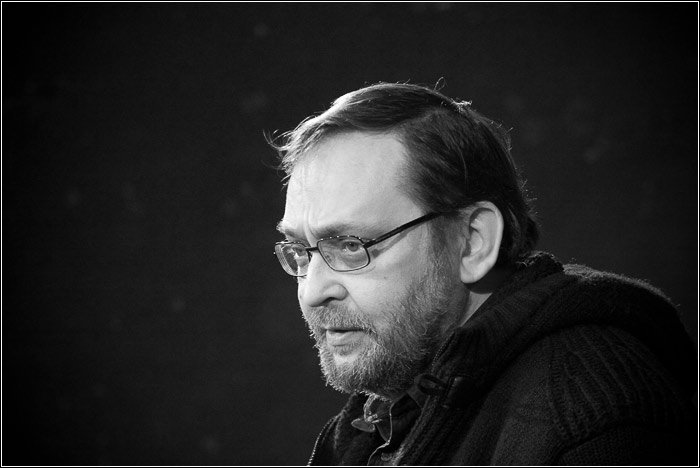 The production Two in Your House was created in Teatr.doc where the artistic leader is director, playwright and screenwriter Mikhail Ugarov (1956), graduate of dramaturgy at Maxim Gorky Literary Institute. He is also one of the founders of the „New Drama“ Festival (presently known as „New Play“ Festival) and the Festival for Young Playwrights „Lyubimovka“.