Lost Antarctica is a lecture-performance based on literary memoir by James B. McClintock who dedicated his professional life to Antarctica. For the many expeditions he led there, McClintock and his fellow explorers have earned global repute in the rapidly expanding field of marine chemical ecology. Through the comprehensible account of inevitable scientific facts and theories the text easily draws readers into the complex issue of the effect of ecological change on microorganisms in Antarctica. The apparently detached topic is of utmost importance for the future of the planet, and is often addressed by highly specialised research teams. The production, however, makes it attractive to the broad audience, as has been evidenced by the great popularity of the book.

The director Valters Sīlis and his team created a scenic form which, sensitively stripped of didactics and pathos, triggers interest among the audience in issues of marine chemical ecology. The authors chose for the production a subtle form of lecture performance with a single actor. The stage is only furnished with a table, projector and a projection screen. The actor who moves with ease on the threshold of performance and theatre illustrates his talk with excerpts from notebooks containing drawings – a characteristic documentation medium for scientists like McClintock. Over three hundred drawings that capture the studied organisms, as well as clips from McClintock’s life were made for the production by stage designer Ieva Kauliņa and help to make the lecture highly personal.

It is already in the book that the complex facts about the global environmental catastrophe are presented simply, without emotions and with a degree of soberness. The impression is enhanced by pragmatism of the literary master and the production, which is also aided by subtly grotesque poses that give McClintock’s stage portrait a human dimension. A prima facie straightforward production thus offers a multilayered theatre experience. Audience can switch between several layers: from the portrait of a scientist, through humorous insight into the daily reality of research work, to the more general and metaphysical themes such as ecological catastrophe and the futile, even Sisyphean quest of an individual to remedy the damages caused by human activity.
Ján Šimko 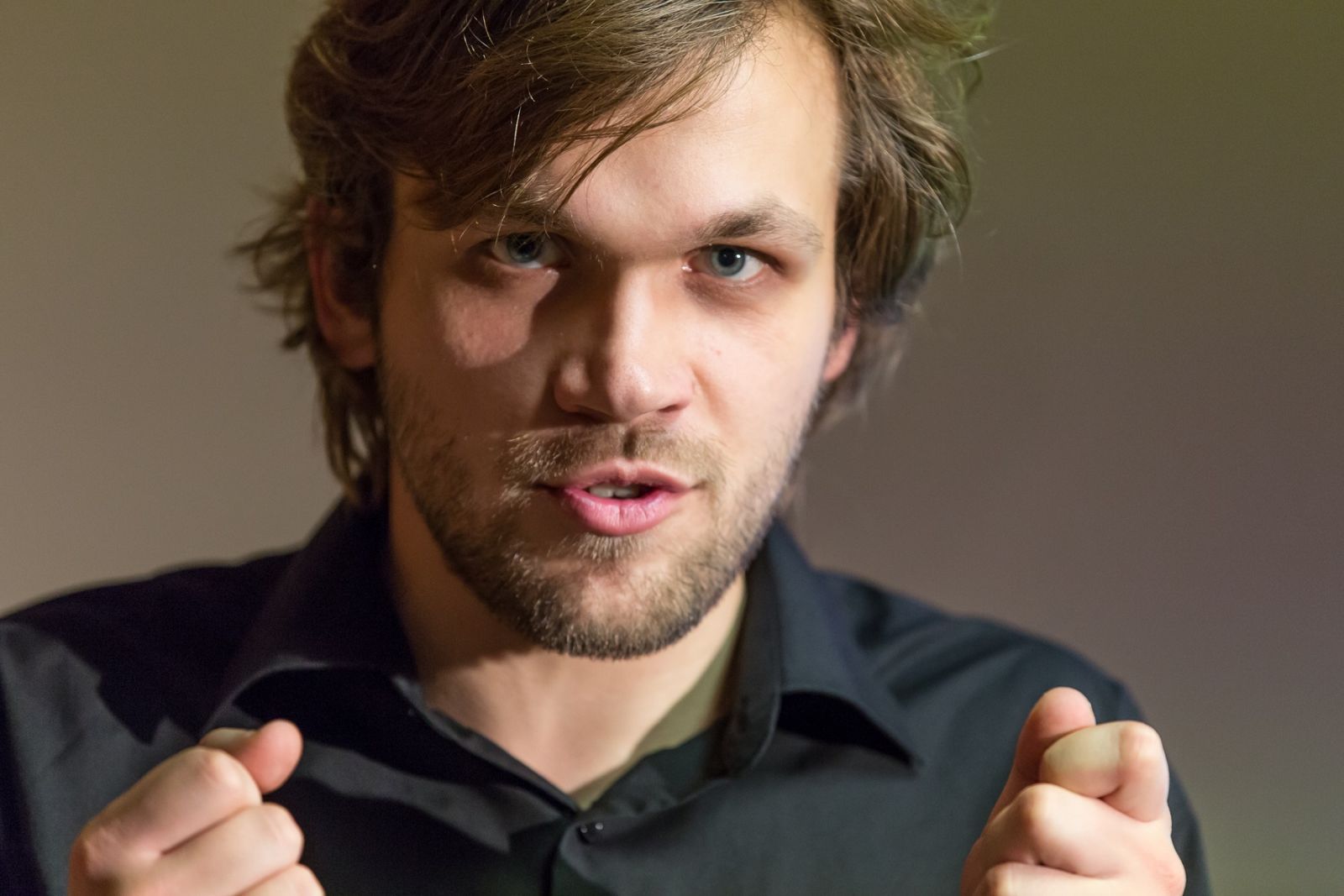 Valters Sīlis (1985) is among the most original Latvian directors. He studied theatre directing at the Latvian Academy of Culture and at the A. Zelwerowicz Theatre Academy in Warsaw. He works with small independent theatres, such as the Dirty Deal Teatro, as well with large theatres. In 2010/2011 he introduced three productions in three different theatres focused on the painful events of recent Latvian history, based on non-stereotypical testimonies. In 2014, as curator, he prepared at the Latvian National Theatre a project The Glory and Shame of Schengen, inviting participation by a number of young European artists (including KVIS Bum Bang, Julian Hetzel, Vidas Bareikas and others). In the same year, as curator, he created the War notes project for the Dirty Deal Teatro – together with twelve other authors he responded to the events in Ukraine.

Video of the production: yes