Marián Amsler, the student of directing did not approach Platonov with a platonic distance. He let actors experience passion, painful humiliation, and cruel jokes. He underlined some scenes by physical activity even aggression of the characters, on the other hand he deepened the relations by civil, non-pathetic acting.

(...) Ľuboš Kostelný introduced Platonov as a contemporary guy. We will not find in him the enigmatic romantic charm, rather the anger of a hooligan and the arrogance of a man not satisfied with himself.

The productions of the students of the Academy of Music and Performing Arts in Bratislava are regularly shown at the Divadelná Nitra Festival and they always belong to the most successful and most popular shows. Platonov is a degree project of the 5th-year students of direction and dramaturgy (under Ľubomír Vajdička) and the 4th-year students of acting under Martin Huba, Emília Vášáryová and Zuzana Krónerová. The production was first shown in January 2003 and it took part in international festivals, where it has won top awards: the Encounter Festival in Brno (Czech Republic) – audience award for the best production, jury’s award for the best actor to Ľuboš Kostelný for the role of Platonov; the Zlomvaz Festival in Prague – audience award for the best production; International Festival of Drama Schools in Warsaw – Grand Prix of the Festival, Ľuboš Kostelný – award for the best actor and Marián Amsler – special prize for directing. 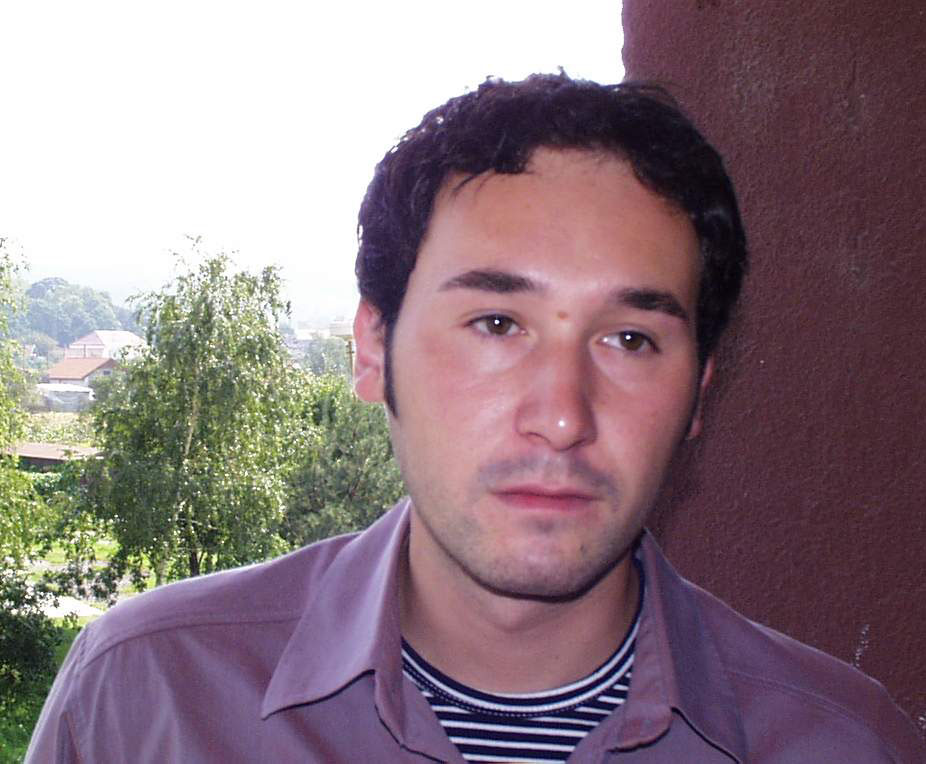 A 5th year student of theatre dramaturgy under Ľubomír Vajdička at the Academy of Music and Performing Arts in Bratislava. In 1999 he translated and assisted at the dramaturgy of the production of A. Schnitzler Green Parrot at the Academy. As the dramaturgist and actor he collaborated on the production based on the film by Nicolas E. Baehr and Larry Peerce Incident directed by Martin Huba. A play by Olga Mukhina Tanya-Tanya was his first independent project as a director (performed at Divadelná Nitra 2002). In April 2003 he prepared the latest play by Olga Mukhina You. Since 2001 he has been playing in the successful performance Ballroom in the Slovak National Theatre in Bratislava, directed by Martin Huba.