People without a home can be considered one of if not the most vulnerable group in society. And certainly, one of the freest. Homelessness is an expression of poverty, entailing a loss of home as well as a number of psychological and social consequences. Only a small minority of people without a home choose to live this way of their own accord; most have lost their home due to serious social circumstances. Although pinning down an exact number is problematic, some statistics claim 2 to 3 people lose their home each day in Hungary for various reasons. Homeless people live in environments that are ill-suited for maintaining social relationships, settling down and developing as an individual. These are but a few reasons why coming to grips with the situation and taking gradual steps, not merely toward regaining a home but also the possibilities of participating in social processes, is so difficult. This is attested by over 40 percent of homeless people who have been on the street for more than a decade. Reintegrating homeless people into society is in the interest of us all – not just for economic reasons, which are often the crux of the argument. Incorporating vulnerable groups into public life and their participation in it is a precondition for sensitizing the community and for disseminating stories and experiences the successful and integrated do not share in.

The theatre is an ideal space for communicating such experiences, especially if a participative atmosphere can be inspired among the audience. This was proven by a multitude of theatrical works and events created under conditions of social or political oppression. Such conditions are also the case for homeless people in Hungary, where homelessness, i.e. the free movement of people without a home and rough sleeping, was outlawed in 2018. The artist collective STEREO AKT surrounding director Martin Boross was founded in 2013, and focuses on creating theatrical events that experiment with various forms of audience engagement. STEREO AKT have responded to the issue of homelessness by creating the interactive performative play Addressless – Vagabond Role Game, in which audiences decide on the fates of three characters of different age and gender. What they all have in common is that they live without a home. During the theatrical event, four actors (among them a real homeless person and a social worker) guide the audience through an interactive participative process. Decisions about the development of the character’s stories are made collectively, on the basis of the actors’ discussions with the audience. The event involves several rules of play – among other things, the act features Monopoly‑like in‑game money, characters earn ‘lives’, audiences have to help their heroes, who roam the streets of Budapest, attain the most favourable outcome with a given monthly budget, expenses and living conditions. Thanks to the degree of control over the performative situation, audiences are able to become much more invested in the fates of the characters.

Especially interesting is the experience of a participative decision process, allowing democratic participation for all who are present. However, Addressless – Vagabond Role Game never allows the audience to lapse into the shallow impression that homelessness is anything like a game. None of the audience’s decisions – be it admitting the homeless into their home, putting him in a shelter or letting him sleep on the street – has any effect on reality. As long as they are on the street, the characters’ in‑game ‘life’ indicator keeps falling. Similarly, the individual stories and audience decisions are framed so that they do not trivialise the problem but rather sensitize the audience, promote understanding and overcoming prejudices and facile conclusions. After all, even the play’s title warns of the simplistic confusion of homelessness with vagabondage. 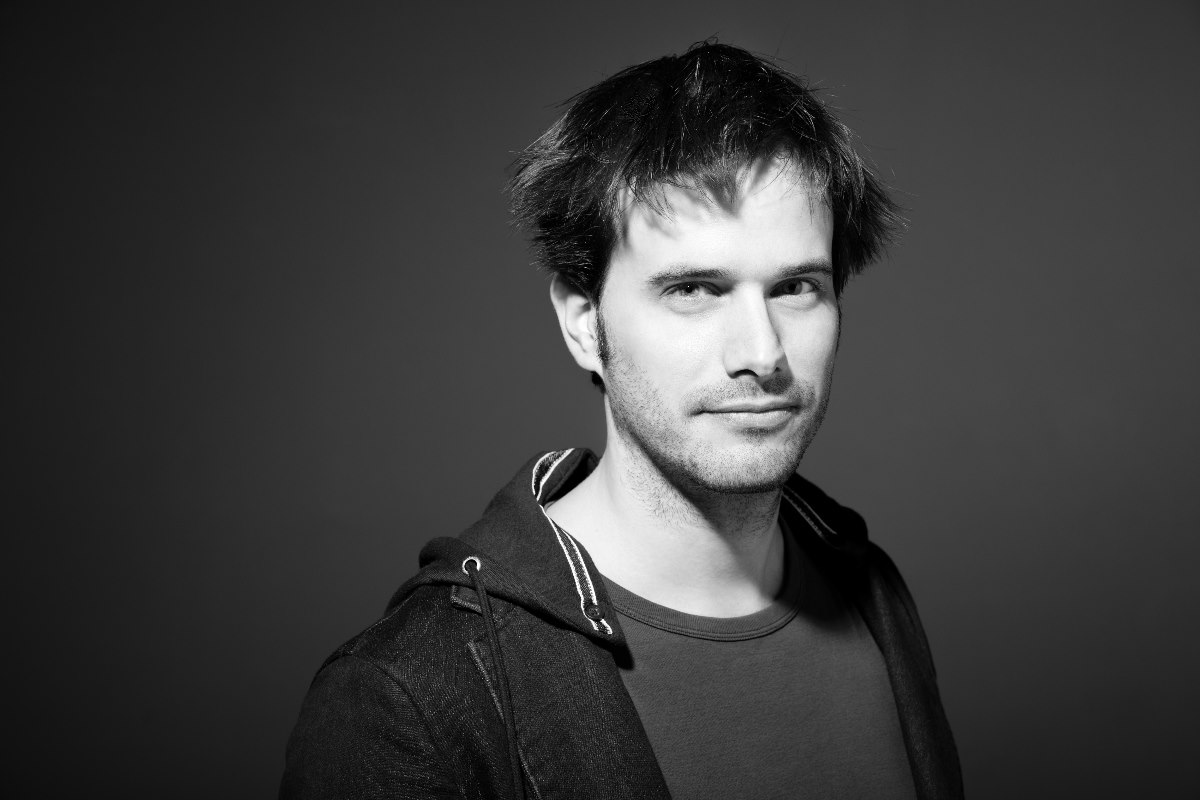 Martin Boross (1988) studied dramaturgy at the University of Theatre and Film Arts in Budapest (2007 − 2013). He is artistic director of the theatre STEREO AKT. As a director and performer, he earned the prestigious Jun‑ ior Prima Award in 2016. He has directed about a dozen of theatre productions that experiment with unconventional forms of audience engagement.

STEREO AKT are one of the foremost progressive contemporary theatre collectives, who, under the guidance of Martin Borross, create stage productions that draw on innovative perspectives, genre overlaps and new technologies on stage or at specific sites. Their performances emphasise audience interaction – participation of spectators from the real world with the imaginative powers of artists, often in the form of interventions in the public space. STEREO AKT often collaborate on international projects in Hungary, the Netherlands, Germany, Denmark, Spain, Poland and the USA. Some of their collaborations include: CHB – Collegium Hungaricum, Berlin, Germany (Escape Room Europe, 2017), Albuquerque, New Mexico, USA (Promenade: Albuquerque, 2018), Jurányi House (Garden of the Protected Men), Trafó House of Contemporary Art (Renewal Painting, 2019).