Of the multitude of Czech authors active in the early 20th century, Ladislav Klíma is perhaps among the lesser known. The works of his contemporaries Jaroslav Hašek or Franz Kafka align most with the decadent movement in art and literature. We also find certain of its elements in The Suf­ferings of Prince Sternenhoch, which the author described as a ‘grotesque romanetto’. In this case, too, he drew inspiration from the work of Arthur Schopenhauer and Friedrich Nietzsche, but his philosophical novel largely emulates literature classifiable under the heading of ‘pulp’. The final result moves freely between high and low art and is equally enjoyable for readers of cheap horror as it is for intellectuals, although it may be less palatable to the former for its deliberate recourse to filth and an emphasis on the character’s repulsive attributes. Despite the fact that Sternenhoch is barely five feet tall, scrawny, cross-eyed and bald, his diaries testify that he sees himself as a somewhat lethargic but successful and seemly man that could have easily become Bismarck’s successor if he had not crossed paths with Helga at the age of thirty, at first sight a mesmerizingly repellent seventeen year-old, with whom he falls deeply in love. In marriage, Helga transforms into one of the most beautiful women, especially while pregnant. But when she delivers the child – Sternenhoch’s disgusting offspring – she kills it immediately, just like her father, who often beat her. She brings back a lion, tiger, black leopard and jaguar from her travels in Africa and regularly copulates with them in the garden, and in the end even finds a lover.

Sternenhoch realises that Helga has turned into Daemona, and strangles her in a jealous craze at the moment she cannot take a kiss half a minute long because of a sudden rush of nausea, despite the fact that she was ordered so by her lover and spiritual leader, who made his departure with Helga conditional on that very kiss. Sternenhoch knocks Helga unconscious with a hammer, locks her in a secret dungeon and smears her with his own excrement. Helga dies in the dungeon, and her death is where the diaries of Sternenhoch’s suffering begin. They chart one year and nine visits to the dead Helga, during which Helga tells Sternenhoch of her tortures in Hell and her terrestrial and ethereal being. When Sternenhoch finally visits Helga’s dungeon on the anniversary of her death, he copulates with her decaying corpse in order to attain eternal union. The novel can be read as a rather unusual reflection on the psychology of the male‑ ‑female relationship, self-enlightenment or initiation, as the original diary of a spiritual transformation, one finds carnivalesque elements comparable to the works of François Rabelais, Hieronymus Bosch or the accursed poets. Klíma deliberately uses cultivated language to describe the basest human desires and vilest fantasies. Ivan Acher works with a similar combination of the high and the low in his opera. As librettist, he cherrypicked Klíma’s text for passages that narrate the story in condensed form and present Klíma’s original philosophy. As composer, he opted for a chamber orchestra that blends traditional instruments with analogue synthesizers and material encompassing everything from opera buffa through horror movie soundtracks to American minimalism. He lets his characters sing in Esperanto – a language that resembles the high Italian of traditional opera, but is after all only an imitation. Ladislav Klíma’s novel has already inspired a number of artists, it served as source material for a film by Jan Němec titled Flames of Royal Love and several theatrical adaptations. However, none has been as original and complex as Acher’s opera. 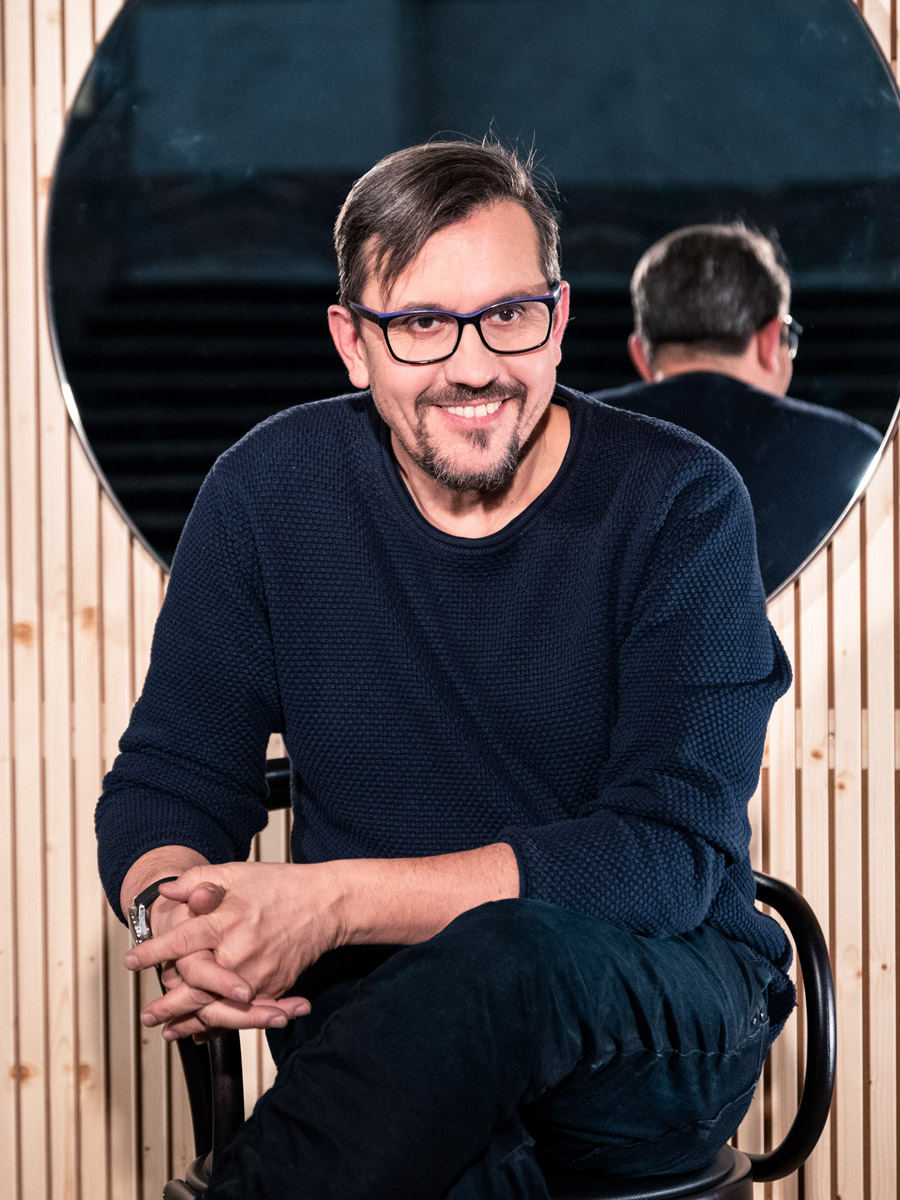 Michal Dočekal (1965) graduated in directing at the Theatre Faculty of the Academy of Performing Arts in Prague. He was director of the Kašpar Theatre Collective and subsequently worked as director and artistic director at Komedie Theatre. Some of his productions include: A. P. Chekhov: Three Sisters, W. Shakespeare: King Lear, Midsummer Night’s Dream, The Taming of the Shrew and Merchant of Venice, P. O. Enquist: The Image Makers, A. Christie: And Then There Were None. In 2002, he became artistic director at the Drama of the Slovak National Theatre and gained recognition abroad: H. Galron: Mikve – Aréna Theatre, Bratislava (2009), Vigszínház Theatre, Budapest (2010), T. Williams: A Streetcar Named Desire – Slovak National Theatre, Bratislava (2011), M. Bulgakov: Master and Margarita – Vigszínház Theatre, Budapest, F. Kafka: America – Hungarian Theatre of Cluj (2015). In 2011, he was appointed to the Board of Directors of the Union of Theatre of Europe and elected its President in the fall of 2015. Awards: 1996 – Alfréd Radok Prize for Best Theatre of the Year – Komedie Theatre (Dočekal was then its artistic director); 2001 – Theatre News Award for The Tragic History of Doctor Faust (Komedie Theatre); Josef Balvín Prize for What Happened When Nora Left Her Husband. Sternenhoch earned the Play of the Year 2018 Award (Theatre News Survey), and Ivan Acher received the Theatre Critics Prize for Best Music in 2018. The Opera of the National Theatre Prague will make its third appearance at Divadlená Nitra.